Earlier this month Open Broadcaster Software (OBS) released it’s 19.0 update along with several hotfix patches. In addition to changes and bug fixes across the board, there were some OS specific updates as well.

One of the coolest additions to OBS is an auto-configuration wizard. This feature attempts to run a series of tests to determine the best configuration for your system and internet connection. The wizard configures video, encoding, and streaming settings including what ingest server you’re best to stream to. It’s worth noting this feature is currently in beta, so changes based off user feedback are expected. 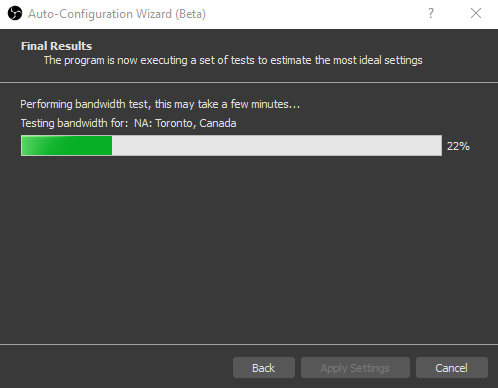 During the process you can specify whether your main focus is streaming or recording in order to best optimize the results. As mentioned on the OBS Forums, this test doesn’t take things into account such as the added CPU/GPU load from playing a game. Test results will be more accurate if you run the game you intend to stream with the configuration wizard. Another thing to mention here is just because your system can run a certain configuration doesn’t mean you should. Your connection might be able to handle 6000 kbps but your viewers may experience buffering. In the end you’ll need to decide what is best for you and your community. 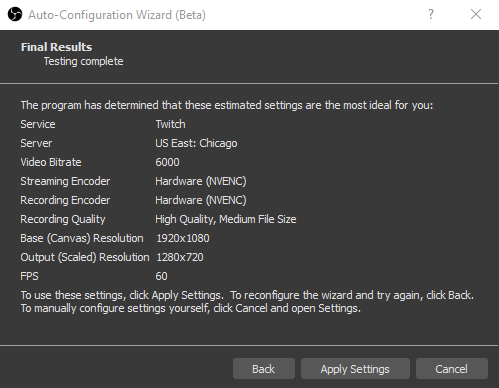 19.0 also introduced a stats dialog view. This provides a more detailed view of the status bar normally displayed at the bottom of OBS or hidden within the OBS log files. If you’re hurting for screen space but leave OBS up to watch for dropped frames, you can now monitor these stats in real time in a much smaller window. The stats view also makes it easier to identify issues you may be having and why.

With this update, OBS also completely rewrote the AMD Encoder from scratch. This brings with it massive improvements to stability, performance, and new features. Many other quality-of-life changes were made in this update such as:

For a complete breakdown of all the changes and download links you can visit the OBS Studio 19.0.2 changelog.